ELIMINATING GENDER BASED VIOLENCE; A TASK FOR ALL

WORKING FINGERS INTERNATIONAL INITITIATIVE I partnership with the Human Rights Commission, Association Against Child Sexual and Gender Based Violence engaged embarked on a one week campaign against rape and other forms of sexual and gender based violence. This campaign which aligned with other National Women and developmental organizations in Nigeria commenced on 11th June till 17th June 2020.

The first day was a Standstill Against Rape and other forms of VAW/C. Others were walk, sensitization and protest walk to the Office of the Attorney General of Delta State and to the House of Assembly Asaba. The protest walk is to request that the Violence Against Persons Prohibition Act, which has  passed its second reading since 2019, should be passed. At the attorney Generals office, we were given the assurance that the bill will soon be passed. The protest walk against rape, also was at the Delta Telivision and The Nigerian Telivision Authority, Asaba, we demanded for on time real time coverage of GBV issues around the state until such perpetrators of rape are prosecuted

Article 1. Of The Universal Declaration of Human Rights (UDHR) states that

“All human beings are born free and equal in dignity and rights. They are endowed with reason and conscience and should act towards one another in a spirit of brotherhood. This is sadly not the reality of our women and Girls”.

Article 2. Says “Everyone has the right to life, liberty and security of person”. Today our women and Girls lives have been cut short by rapist, this is UNACCEPTABLE

According to section 33 of the 1999 Constitution as amended, Everyone has the right to life, but every day we loss women and girls to Violence, recently Ms Uwa Omozuwa a 22 year old undergraduate student of the University of Benin who was raped and left for dead right inside the parish of the Redeemed Christian Church of God (RCCG).The rape incident happened on May 27th 2020; Ms Uwa whilst reading inside the church auditorium was attacked by unidentified men who assaulted her with a fire extinguisher raped her and left her for dead. She was found in a pool of her own blood by a security guard in the church, who informed his superiors at the church. MS Uwa was rushed to the University of Benin Teaching Hospital where she was able to narrate her ordeal, several others who didn’t survive cannot Narrate their ordeals ,but we are here on  behalf of them .She however died as a result of her injuries three days after the incident May 30th 2020.

Nigeria is a signatory to The Convention on the Elimination of All Forms of Discrimination against Women (CEDAW) CEDAW though it has failed over many years of advocacy to domesticate it. CEDAW recommends that state parties must ensure that legislation on gender-based violence provides adequate protection to all women and respect for their integrity and dignity.

It also recommends that state parties should take all legal and other measures are necessary to provide effective protection of women against gender-based violence, including effective legal measures, including penal sanctions, civil remedies and compensatory provisions to protect women against all kinds of violence

TODAY Rape is the only offence where the victim is blamed. We refuse to allow rape to be the punishment, for indecent dressing… We acknowledge that it is a Crime and Rapist should be punished not Victims. The Criminal and Penal Code recognizes rape as a crime, we want the offenders punished

.” NO TO EVERY FORM OF VOILENCE AGAINST WOMEÑ.”

‘WE WANT JUSTICE FOR UWA”

“WE WANT JUSTICE FOR JENNIFER

WE WANT JUSTICE FOR OCHANYA”

AT HOUSE OF ASSEMBLY

At the Interbua.   Attorney Generals office and at House Ministry of Information, Asaba

Need Help? Chat with us!
Start a Conversation
Hi! Click one of our members below to chat on WhatsApp
We usually reply in a few minutes 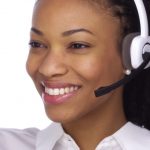 Working Fingers
Can I help you?